A familiar pair of arrogant eyeballs await me right outside the WARP terminal. The way he speaks infuriates me even more. ‘At last,’ he says, like I had any choice. I was caught in the shrewd trap he set up. Those words could very well mean ‘as I expected’.

“Didn’t you tell us to come to your workroom at the Association?”

“I came here to pick you up instead, because we have no time to lose. …What happened to your right arm?”

It’s appalling to see him assume an air of concern.

“Ezra, deal with whatever he has to say for me. I’ll be in the smoking lounge for a bit.”

This voice… That son of a bitch Han Hee-joon screwed me over in more ways than one. Perhaps the real meaning of his ‘at last’ was ‘in spite of everything’.

Ezra quickly stands between me and the unwelcome guest.

Her despicable voice. Her sly eyes. And her pitying gaze toward us.

“Dias… Please just leave, we can’t handle this, not today…”

Ezra pleads in a quavering voice.

“Moses, dear! I forgot all about what happened that day! So can’t we go back to how we used to be in the good old days, pretty please?”

That person hasn’t changed one bit since that day. From her appearance to her demeanor.

Han Hee-joon stays silent. That day, I led hundreds of people to death. I wanted to save them from Dias’ arms. But I could not.

“Dias… What shady bullshit were you plotting with Tae-young Produce Co. in District 14?”

Holding in my feelings, I quietly asked.

“Lady Dias. I’m afraid we’ll have to take a rain check on that. Doctor Moses has to take care of an urgent matter for the Association right now.”

Han Hee-joon intervened with a laugh.

“…Aw, really? That’s too bad… Do invite these two to my home later, okay?”

“Understood. I’ll arrange it as soon as the doctor finishes her mission.”

We sat in the backseat of Han Hee-joon’s vehicle. None of us are willing to speak first. I gaze out the window. The reason I’ve come to District 11… It’s not to make money, keep my name in the Association, or to solve Distortions. It’s to face the past; I had to be confronted with it someday…

“As I explained two months ago, Seven Association wants the Distortion in its whole, doctor. …Are you two listening to me?”

Ezra answers in my stead.

“We’re heading to a rural village. Our Association has been keeping an eye on the place for the last two months. And the time is ripe to harvest that fruit.”

“…Are you saying the town has been ravaged by the Distortion already?”

I opened my mouth.

“No, it’s a peaceful place. But it is distorted. Even I could tell, and I’m not capable of seeing the Distortion.”

The car stopped in front of a street.

“We’ve arrived. You can get out now.”

Ezra and I stepped out of the back. Han Hee-joon lowered the driver’s side window.

“Walk down this street for around fifteen minutes, and you’ll find a small village.”

“And what exactly am I supposed to do there? I haven’t received any documentation detailing the mission?”

I took a pack of cigarettes out of the inner pocket of my coat, and held a cigarette in my mouth. Ezra lights it up.

“…It’s a long story. So, care to remind me what we should do here?”

“…You’ll see once you enter the village. Your work is to investigate the place and draw a cogent conclusion from it. Afterwards, report what happened in the village to the Association.”

I swung my hand at Han Hee-joon as a gesture that he’s told me enough and as such can sod off now.

“…Doctor Moses. This will be a wretched job.”

I puffed smoke into the air. Han Hee-joon raises the window back up.

He just won’t stop being an ominous sod. Leaving us behind, he drove soddily away.

Ezra tightened the grip on her dimensional bag.

“That was too cramped.”

YuRia climbed out of my pocket and assumed my shoulder.

We walked along the narrow street and headed into the village. 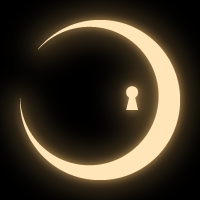 Ah, right now is the season for the harvest festival of our town.

“Yeah, let’s help ourselves to a fair bit when we get there.”